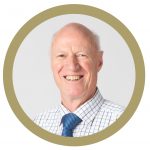 The sharemarkets began on a downward trend at the start of 2016, mainly over concerns about China and to a lesser extent, geopolitical issues around the Middle East.

When the American market opens on a negative trend, it typically struggles for the remainder of the year. 2016 was no different, with international share markets remaining flat till the later part of 2016 when returns improved. Brexit and the election of Donald Trump did not impact the markets as analysts feared. The reverse occurred, with the London FTSE rising on the back of a weak UK pound, and the US market rising on the back of Donald Trump’s remarks on building infrastructure.

The main concern for 2017 is the rise of populism, nationalism and anti-global sentiment, more on this later.

The New Zealand sharemarket, whilst overvalued, continued to rise to 23 times P/E by late 2016. By September/October, we witnessed offshore investors taking profits and the New Zealand market retreated, only to recover in December/January.

The main concern in 2016 was the bond market, with the potential rise of long-term interest rates forcing negative rates to occur late in the year. To protect investors from this predicted scenario in the long term, a move to short-dated bonds was necessary, whilst maintaining an underweight position in this asset class.

As we took a more conservative position in 2016, cash returns had a suppressing effect on overall returns, though cash maintained a better position than bonds in terms of a real rate of return.

The main concern for markets will be geopolitical issues. I have always held a long-term view that geopolitical issues have a considerable impact on markets. It is now being recognized that markets may well be affected by this. The rise of populism, nationalism and a strong anti-globalization sentiment may impact markets in 2017. The problem is the level of uncertainty as to which one of these issues will drag the markets down. Will nationalism cause interest rates to rise? Will right wing governments occur in Europe on the back of populism? Conversely, taking into account how markets reacted to Brexit and Donald Trump, the very reverse may occur. However, it is the potential of a “black swan” event that could cause a major correction in the market. A black swan event is the unknown factor, and as such, we do not know when, or what this will be. Thus, it is the political uncertainty that may cause the volatility in the markets.

International, New Zealand, and Australian sharemarkets have had a good start to the year. This is much to do with the positive sentiment around Donald Trump’s call for infrastructure building. This has lead to a rise in commodity demand, and we remain bullish on commodities going into 2017. China has stabilized, though concerns still remain around debt in China. China’s improvement will benefit Australia and our early position of moving into Australia may be paying off for 2017, as we saw strong gains in this market in late 2016. New Zealand fund managers have also weighted their Australasian portfolios more to Australia. We continue to remain cautious on New Zealand and international shares as we still have concerns about the long-term upward trend of international shares. This is as much to do with the instability of political issues as anything else, as well as with America considering increasing interest rates in 2017, which always has a drag on the share market.

Following on from the issues in the bond market in 2016, we have been attempting to re-weight client portfolios to short-dated bonds to protect them against these increased risks in 2017. There are a variety of issues occurring in the bond market that will affect conservative investors. There is considerable debt (both sovereign and corporate), with Italy being the new concern in this area. The Italian banking system has long been a problem, and we may see Italy becoming more problematic in 2017. Further, with long-term interest rates reaching the lowest point in August 2016, we are now seeing, as predicted, negative bond rates around long-dated bonds. While in the long term, investors may benefit from this in terms of interest rates, these bonds will come at a premium. Therefore, we continue to underweight in bonds and go short where possible. This policy will hold through 2017.

We still remain positive on cash, even though interest rates are low at the moment. With possible inflation expected in 2017, we may see a rise in interest rates. Further, cash has a positive return over bonds and is a bailiwick against a falling sharemarket.

Finally, we remain positive on infrastructure, although neutral on property. With rising interest rates the yield on property in New Zealand and overseas may be suppressed.

Overall I am cautiously optimistic for 2017, as there are no known issues that will drastically affect the markets. However, a black swan event could cause turmoil in the markets. It is this we have to be weary of, as there are so many issues in the geopolitical world that could cause problems for investors in 2017. Therefore, while I am happy to weight portfolios more to the upside, this should be done with caution and a view to remaining slightly underweight where possible in shares and bonds.

Disclaimer: The information in this article is my personal view on the current economic situation and does not constitute personalised advice, my thoughts are taken from a variety of observations and recent readings. If you would like personalised advice please contact Stratus for an appointment.